Zap! Entertainment’s first foray into comedy promotion happened in late summer 2015 when were commissioned to produce the “Ha Ha Hamilton Comedy Festival”.   With a programme schedule that included 9 days of pub/club/coffee bar/restaurant gigs we featured:

The jewel in the crown of our first festival was undoubtedly the Ha Ha Hamilton Comedy Gala in aid of STV’s Children’s Appeal.

With a truly stellar line-up including the boys from BBC’s “Burnistoun” (Rab Florence & Iain Connell, the one and only Gary Tank Commander (Greg McHugh), “Still Game” star Sanjeev Kohli (Navid ended up being huckled by his wife Meena for some last minute shelf-stacking duties at Harrid’s and had to send Isa as his depute), Michael Redmond of “Father Ted” fame and Tom Stade (live and direct from “Michael McIntyre’s Comedy Roadshow”). Add to that Scottish comedy legend Janey Godley, the wonderfully surreal David “Some-like-a-scone” Kay, all-in-wrestler turned “Scotsquad” star Grado and – on hosting duties – Capital Radio’s, Des Clarke and you have a line up that’ll raise a laugh… and pile of cash!

The show was a complete sell out, raising more than £15,000.00 for the 2015 STV Appeal. Check out the gig photos – and candid behind-the-scenes shots – on the slide show above and the Des and Dougie pre-Gala punt (aka attempted takeover) on STV’s “Riverside Show” below. 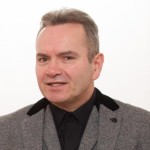